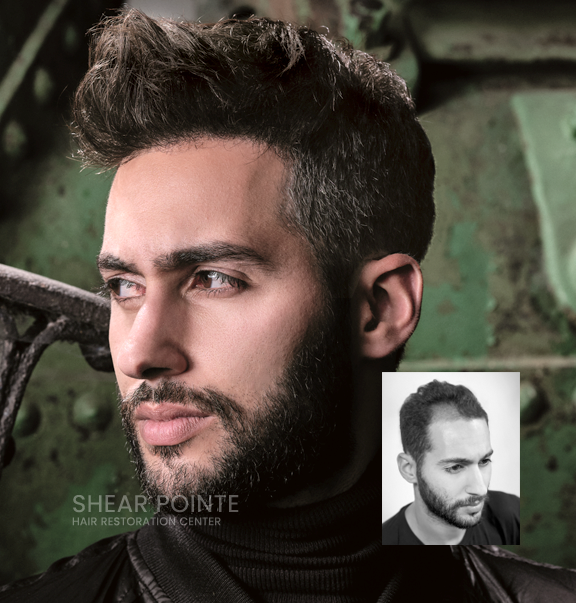 Causes of Hair Loss in Men

Hair loss in men can be caused by any number of conditions, but by far the most common cause is hereditary male pattern baldness (androgenetic alopecia). Male pattern baldness is so common, in fact, that it affects over 50 million men ranging in age from their late teens to late adulthood in just the United States alone.

Other factors contributing to hair loss in men can include extreme stress to the central nervous system such as may be seen in “long covid” sufferers, as well as hair loss as a side effect of medical treatments such as chemotherapy and radiation therapy. There are numerous scalp conditions which can also cause thinning hair and hair loss in men as well. 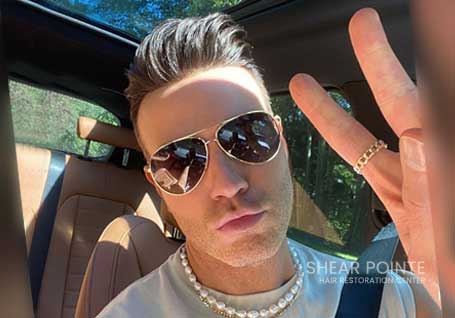 Ideal for men whose lifestyle is active and on the go, our exclusive Transitions Men’s Hair Replacement solutions bring the latest in leading edge European non-surgical men’s hair restoration technology with 100% natural look, feel, and style with the thickness, length, density and style you deserve. Individually custom-made to your own individual needs and lifestyle, it integrates perfectly with your own natural growing hair. The result is a totally undetectable state-of-the-art hair loss solution that looks and feels amazing. 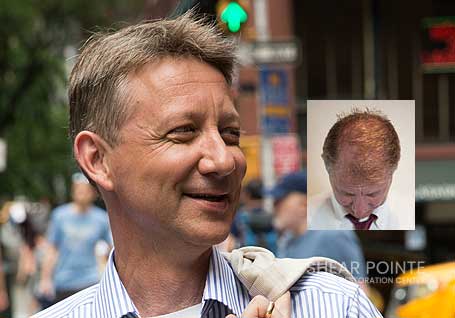 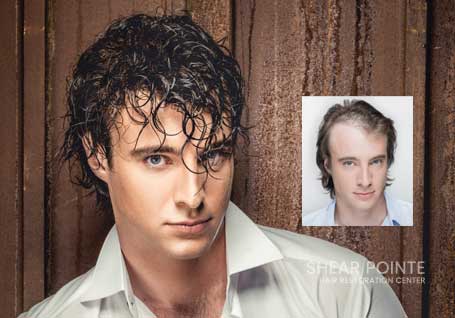 WHAT OUR CLIENTS SAY

“I have been going to shear point for over 30 years. They have always done a great job for me. They are always ready for me at my appointment times, which is very important to me. They keep up on all the newest methods and styles to keep their customers looking good and up to date.  [My regular stylist] has been my barber for over 12 years and does excellent work, a true artist. All the staff are very helpful and keep everything running smooth.”  – Mike M.

“Shear Pointe is the place to go if your hair is thinning or have a hair loss problem and need expert advice on your alternatives to correcting the problem. I tried other hair restoration centers but found Shear Pointe to be far superior in hair products and stylists. I strongly recommend Shear Pointe to anyone having a hair problem.” – Tom S.

Whether you are experiencing thinning hair and want to stop your hair loss, or want more hair, we provide the most advanced non-surgical hair replacement and surgical hair restoration solutions in the Detroit, Michigan area for men and women of all ages and hair types.  CAN’T WAIT? Call (248) 645-1310 now!